Years To Master, Yours To Enjoy.

We are very proud of the rich history that inspired Two Peas Café. From our Hand-made Granny Ella’s Pies to our ongoing efforts to better the future of our community through organizations such as Relay for Life, the Peas Team is grateful to carry on traditions of dedicated service to our guests and our community.

LEARN MORE ABOUT OUR HISTORY

Two Peas Cafe was founded by childhood friends, Deborah Buchard
Klemmer and Vicki Reynolds. Growing up together, Deborah and Vicki spent a
number of years working at Deborah’s grandmother Ella’s restaurant. During
that time, they saw firsthand the positive impact that the restaurant had on
the community as well as its local and national fame, which included a feature on the Travel channel.

After Ella’s restaurant closed in March 2011, Deborah and Vicki were determined to carry on her legacy. In August 2013, the duo opened Two Peas Cafe, in honor of Ella’s long-time description of them, with the goal of providing the next generation with the same quality service and community atmosphere they had grown up with.

Today, Two Peas Cafe not only continues to serve customers throughout southwest Florida, but also carries on the tradition of Ella’s famous homemade pies and original southern-style recipes. With a reputation for good food and a friendly atmosphere, Two Peas Cafe is often packed with eager customers.

Deborah and Vicki do not take sole credit for the success of the restaurant, however. They attribute their success to community support. When these two friends decided to open up their own cafe, their family, friends, and neighbors rallied behind them to get the restaurant up and running. By pooling their unique skills and resources, the LaBelle community not only contributed to the establishment of Two Peas Cafe, but also its success.

Considering their cafe a community establishment, Deborah and Vicki remain committed to fundraising, supporting, and participating in LaBelle area events. One example of this community commitment is Two Peas’ annual support of Relay for Life and the American Cancer Society. Not only do Deborah and Vicki organize a yearly team to raise money and participate in the event, but for the past 3 years Vicki has been one of the program coordinators. In this role, Vicki has been able to motivate friends, family, and Two Peas staff to join together for a great cause. At LaBelle’s Relay for Life this past March 2019, the Two Peas Cafe team was grateful to have raised more than $20,000 and placed second in the event. We would like to thank everyone that participated in the success of this event and continued support of Relay for Life.

To learn more about about Relay for Life, please contact the American Cancer Society at www.cancer.org.

VISIT THE POD
VIEW THE MENU
CONTACT US
OUR EVENTS

What People Think About The Pod

Read what a few people have to say about the Two Peas Café!

My favorite breakfast place to eat! The servers are always cheerful and the food is always delicious. Oh yes - the fudge - pistachio is to die for! Must make plans to go back there soon!
Kristin H.
April 2016
Awesome service, Incredibly yummy omelet n potato's. Sweet tea was perfect. Super fancy diner. Excellent pricing, we surely will be back many times.
Mike R.
November 2017
This cafe is fun, food is fantastic, service is friendly, fast and helpful. The decor is beautiful with local art and bright cheerful colors. This is a great spot for breakfast or lunch and don’t forget to have PIE!!
Gini P.
September 2019
Love their breakfast & my favorite is the Hawaiian Cake. OMG Delish!! Service with a smile, always!
Joanne P.
January 2020
VIEW MORE 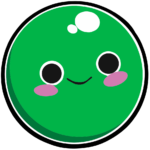 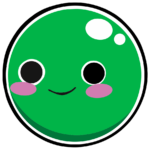